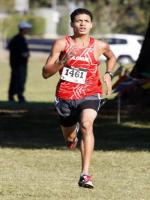 Sort By:
Filter By:

To see all performances, subscribe to start your free seven day trial

The 2010s: FLRunners All-Decade XC Athletes & Programs...
2020 is just weeks away, and the last full decade of cross country has finally come to an end. As we move forward, we take the time to look back at all that has happened over the past ten years. ...

Andres Arroyo Clocks New PR 1:44.98 In Pro Debut At Tra...
Andres Arroyo shined in his first two meets as a professional during the TrackTown Summer Series including a new personal best of 1:44.98 in the final meeting in New York....

Arroyo Posts World Standard, All-Time No. 2 at Virginia...
Andres Arroyo tied the second-fastest time in school history--which was the fastest time by a Gator in 15 years--and clinched a spot at this year's IAAF World Championships. (via Florida Gators)...

Rio Recap Day 2: Gatlin, Bracy, Bromell Going On To 100...
Florida's trio of 100m sprinters Justin Gatlin, Trayvon Bromell, and Marvin Bracy all moved on to Saturday's semifinal action, while the road to Rio ended for Andres Arroyo in the 800m run. We recap a...

What To Watch: Florida T&F Stars In Olympic Games...
Track and field starts today! Three-time Olympian Jenny Simpson will compete in the first round of the women's 1,500m run in primetime tonight at 7:30 p.m. Simpson, who graduated from Oviedo High Scho...